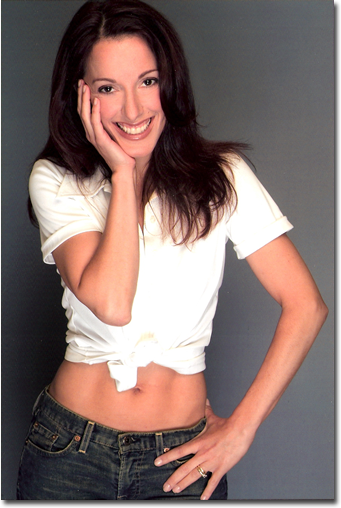 Michelle studied dance from the age of three and immediately found her place on the stage. She attended Marymount Manhattan where she majored in dance and received a dance scholarship. She studied with some of the greats while attending school in NYC. Dancing with Luigi, David Howard, Ronnie Bostwick, Michael Owens and acting coaches Kevin O’Connor and the late great Charlie Kakatsakis. She was very fortunate in finding her singing teacher and mentor, Neil Semer, who profoundly impacted her experience as a singer.

Having the opportunity to play the fairy tale role of Belle in Disney’s “Beauty and the Beast” on Broadway at both the Palace theatre and the Lunt Fontanne was a dream of a lifetime. Michelle played opposite many fine actors such as Lee Roy Reams, Steve Blanchard, Bryan Batt, Patrick Page, Gary Beach, Chuck Wagner and Nick Jonas to name a few.

Michelle toured nationally with such musicals as “A Chorus Line”, “Beauty and the Beast” and Frank Wildhorn’s “Jekyll and Hyde”.

She also toured the United States in the most recent touring company of “Les Miserables” and took part in the closing performance at the sensational Fox theatre in St. Louis.

Regionally Michelle played Helene in “Sweet Charity”, Louisa in “The Fantasticks”, Sister Leo in “Nunsense”, Hodel in “Fiddler on the Roof”, Maria in “West Side Story”, Anita in “West Side Story”, Morales in “A Chorus Line”,  Eva in “Evita”, and Gina in the east coast premiere of “One Last Ride”, now a feature film

She performed in 8 countries throughout Europe in the role of Maria in “West Side Story” and Diana Morales in “A Chorus Line”.

Her concert work has brought her from Lincoln Center to cruises in Greece and Turkey. She’s done solo work at Radio City Music Hall, the tree lighting ceremony with Liza Minelli and performed with the Broadway Concert Choir singing at Carnegie Hall with Linda Eder (also on her recording) and on Good Morning America.

Michelle has enjoyed her expanding directing and teaching career which began with the amazing Jill Jayson at Centre Stage in Connecticut. She’s been on faculty at Usdan theatre arts camp and has directed and choreographed numerous shows in various places around Connecticut and Long Island. She was also one of the dancers who assisted John Carrafa in choreographing the latest revival of “Into the Woods” on Broadway.

Teaching voice from her home as well as CW Post’s musical theatre department has been one of the most rewarding experiences in her career. She has students on Broadway and off-Broadway and has taught master classes with the likes of Joan Lader and Deborah Gibson.